There’s nothing wrong with bagging yourself a bargain, but there are some things whereby you should consider more than just the cost. Take the cheapest dental implants in Australia for example; if you’ve already ‘Googled’ that exact phrase you either:

Either way, when you see implant ads for $1000 or less then it’s certainly enough to entice you into finding out more.

However, before you start to look further and make enquiries, you should really be asking yourself why they are so cheap. Especially when a quick search shows the average dental implant cost falls somewhere between $2500 and $5500. The truth is that there are several reasons why a dentist can afford to offer implant-based restorations this cheaply, so let’s take a closer look at them.

It’s a common practice in business to source parts cheaply, and then pass on the savings to the customer. They get a good deal and you still make money – everyone’s a winner, right?

On the flip side, there’s the start-up company who have recently decided to branch out into the lucrative dental implants market. They put together a product, and the only way that they can compete with other companies is by significantly lowering the dental implant cost. The problem is that they don’t have the backing of years of clinical testing behind them. Furthermore, there’s no guarantee that they’ll still be around in 6, 12, or 18 months’ time as one in three business start-ups fail. Clearly, this isn’t good for the patient because if they need a replacement part some 6, 12, or 18 months later, they’re going to run into problems if the company is no longer manufacturing. Do you really want to take that risk?

Reason 2 – The dentist themselves are new to dental implant restorations

There’s no getting away from the fact that more and more dentists are offering dental implants. However, for newer dentists, in order to stand apart from their competition, they’ll advertise a dental implant cost considerably lower than that of their competitors.

Because this is the best and quickest way that an inexperienced general dentist can level the playing field in order to get dental implant patients through the door.  The idea being that once they get established and gain experience, they’ll raise their prices accordingly.

While there’s absolutely nothing wrong with this approach, you may need to ask yourself, as a potential patient seeking a dentist to place one or more implants, do you really want to be a guinea pig while someone is learning their trade? I’d imagine the answer would be no!

Here’s a question…how many times have you seen an ad for something cheap, only to read the small print, then realise that it really isn’t what it first appears? Unfortunately, when it comes to dental implants, advertisers can use the same rules to garner enquiries.

Let’s say you saw an ad stating a dental implant cost of only $999. Then, in the small print right at the bottom of the same ad you see something along the lines of

“The price shown is the implant-only price. The dental implant cost doesn’t include the price of the crown”.

Suddenly, once you’ve added on the price of an abutment, the permanent crown, and possibly a bone graft or two, the dental implant costs actually work out to be more expensive than you might think.

While this tactic clearly isn’t illegal, you would have to say that it’s non-transparent at best. As such, you might want to consider what other surprises the dentist is going to spring on you when you sign up for treatment. 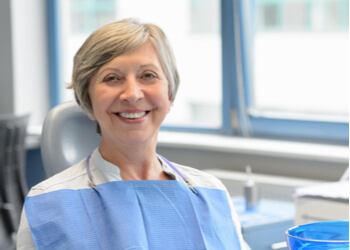 Some dentists adopt a low dental implant cost, high turnover approach in that they rely on higher customer volumes to be able to make money. The issue with this philosophy is that while dentists are relying on a high patient turnover, it could mean that the clinic is rushing treatments through without taking the proper time to plan. Inevitably, without sufficient planning time, patients may be at risk of complications further down the line. Again, this is something you may want to take into consideration when considering cheap dental implants here in Australia.

Reason 5 – They are not practicing digital dentistry

When it comes to dental implant treatment, costs aren’t purely centred around the implant procedure itself. Instead, they often extend to the technology used. In many ways, dental technology is used to streamline the implant process making it quicker easier and less painless for the patient.

Nowadays, for example, computer-guided flapless surgery can be deployed ‘keyhole style’ without the need to cut the gum. Even the impression-taking part of the process can be digitalised, so no more gag-inducing alginate. 3D scans can throw up instant images of the patient’s mouth, while virtual planning means that dental implants can be placed with precision and accuracy, thus avoiding any nerves or sinus cavities and greatly reducing chair time.

While technology such as that listed above can be great for both the dentist and patient, it costs a considerable amount of money. This is cash that needs to be recouped. Often this is reflected in the higher price of the dental implant costs. On the contrary, those dentists that advertise cheaper dental implant costs probably aren’t practicing the very latest digital dentistry techniques.

As you can see, cheap dental implant costs really shouldn’t be the only factor you need to think about when considering dental implants. Inevitably there are other factors such as the experience and skills of the dentist, the technology they have, and the type of implants they use which should all play a factor when choosing the right implant dentist for you.

The answer is yes! Here are some ways that just might ease the burden of expensive dental implants.

While it’s fair to say that most medical insurances don’t cover cosmetic dental procedures such as dental implants, there are some that do, so check your ‘extras’ page on your policy and see what comes up. Conversely, some people need dental implants due to medical conditions and, in some cases, these may be covered.

Many dentists including us right here at Evergreen Dental operate flexible payment plans where patients can spread the cost of treatments over a number of weeks or months on instalments. This may be extended to dental implant treatments, in some cases, making them more affordable for patients. Why not ask us about how we can help you?

Finally, one way to get cheaper dental implants here in Australia might be through seeking out promotions. Here at Evergreen Dental, for example, we regularly run promotions on a variety of treatments including dental implants, so it’s well worth checking in with us from time to time.

If you’d like to find out more about dental implant costs or if you’re considering undergoing an implant-based restoration, then come and talk to the team at Evergreen Dental. Give us a call today on (02) 8074 3849 and take the first steps towards getting the smile you really deserve.

Sit back, relax and watch some drama whilst our gentle dentist works the magic on your teeth. Our Chatswood clinic prides on Quality treatments and Customer Experience.